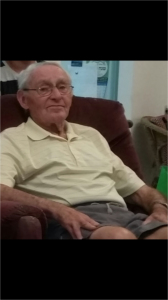 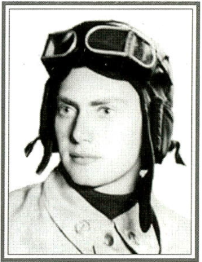 דזידר אלטמן
Skip to content
140,000 Jewish partisans fighters and their comrades who had hid in the woods, succeeded not to go to their death like sheep to the slaughter and fought the bitter Nazi enemy. This page documents the life story of Jewish partisans who fought the Nazis on occupied Europe. If you wish to add a  name to this list, please sign into our website and create for him a memorial page.

Jewish Partisan Fighting – The Whether and When to Get Out of the Ghetto, The Difficulties in Joining Partisans, and the Characteristics

The fighting of the Jewish partisans

– Who are the partisans? The origin of the term partisan in French, and means “sympathetic”, “loyal”. The term used to refer to fighters who went out to fight in the Nazi occupying army out of loyalty to their homeland and regime. The partisans belonged to anti-Nazi underground organizations, established in mid-1942. They operated in small units hiding in the forests, and set out to hit the weak points of the Germans in the countryside. Some of the units were anti-Semitic and refused to accept Jews for their services, sometimes even hurting Jews and handing them over to the Nazis. For this reason, the Jews joined their own groups and established Jewish partisan units. About 20,000 Jews fought as partisans alongside the Russians, about 2000 belonged to the Yugoslav partisans headed by Tito, and in Poland 30 groups of Jewish partisans were active.

– Methods of operation: Partisans’ actions included damage to the German media, such as damage to telegraph posts and disconnecting telegraph wires, sabotage of electricity and water, explosion of bridges and railroads, damage to trains led by German soldiers in order to disrupt their movement, and attacks on the Germans. Jewish units were involved, besides fighting the Germans, locating individual Jews who had fled into the forests and rescuing them, and acts of revenge against collaborators among the local population. In the fall of 1942, a chief command of partisans was established in Moscow. Their services were expanded and their operations intensified. Towards the end of the war, partisans joined the armies that began to overcome the Germans, essentially to the Russian Red Army.

– Difficulties and hassles: 1. Family responsibility – The escape from the ghettos to the forests could not be a solution for all ghetto residents but only for the young fighters who were afraid to leave their families behind. The solution to the problem lies in the total escape of all the ghetto Jews, such as in the Tochin ghetto or the Sobibor camp. In Poland, forests were far from the ghettos, and escape to them was sometimes impossible, compared to eastern Poland and occupied Russia, where forests were adjacent to the ghettos and escape was relatively easy. Despite the mass escape, only a few survivors survived. In the Minsk ghetto in White Russia, the family’s escape to the forests was organized in an orderly and gradual manner. In the Bialystok ghetto, the Jews split their opinions on the preferred route to rebellion. Some joined the partisans, and others organized themselves into the ghetto uprising. 2. Collective responsibility – When Jewish partisans were apprehended, the Germans used to punish ghetto Jews, in order to discourage similar acts of resistance. Many Jews traced their escape to the forests at the beginning of the war, but towards its end, consideration lost its significance because of the mass extermination of the Jews. 3. Hostile population – Some of the underground were anti-Semitic and their friends persecuted the Jews and even turned them over to the Nazis. The Jewish partisan struggle was based on principles that differed from those of the Polish underground. The solution to the hostility of the locals was found with the establishment of the Moscow Partisan Command, which was responsible for regulating the activities of the various units, and prohibiting the discrimination of Jews.